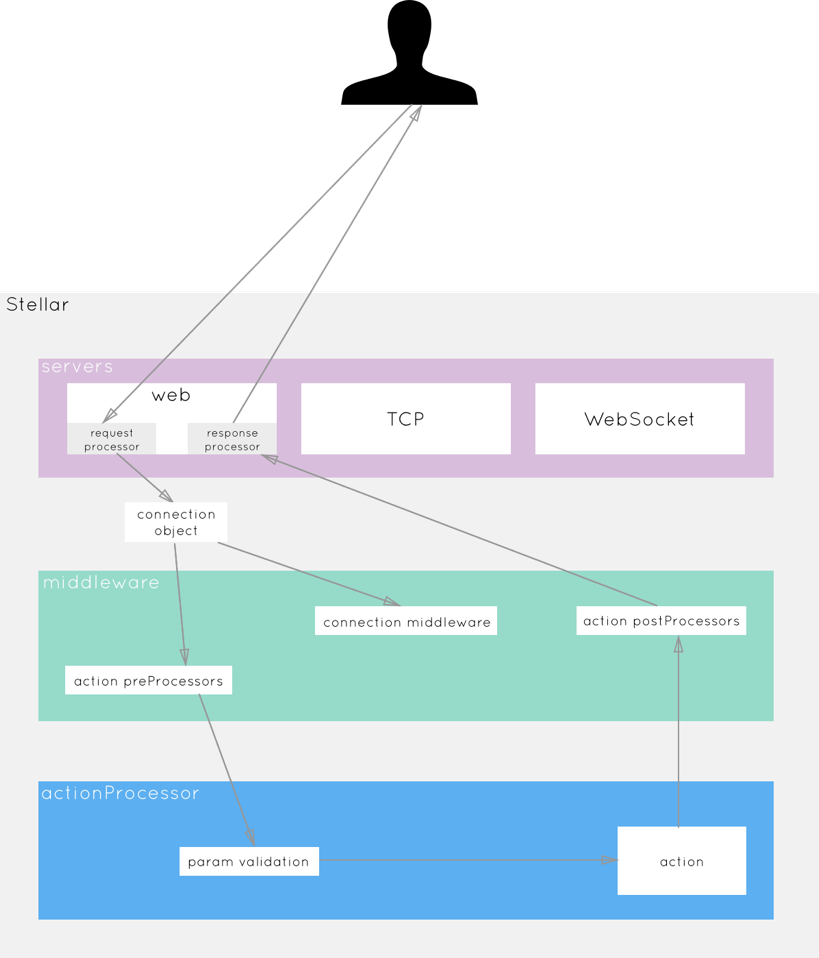 As can be seen in the image above, there are a number of different places where you can run middleware. The following list shows the different middleware available on Stellar:

Stellar offers hooks to execute code before and after specified actions; this is the appropriate place to add logic related to authentication or to validate the state of a given resource.

You can create middleware to react to the creation and destruction of all connections. Unlike action middleware, they are asynchronous and do not block the request until they finish executing.

Keep in mind that some connections persist (WebSocket, TCP) and some only exist for the duration of a single request (web). You will likely want to inspect connection.type in this middleware. If you do not provide a priority, the default from api.config.general.defaultProcessorPriority will be used.

The last type of middleware is used to act when a connection joins, leaves, or communicates within a chat room. We have 4 types of middleware for each step: say, onSayReceive, join and leave.

Priority is optional in all cases, but can be used to order your middleware. If an error is returned by any of these methods, it will be returned to the user, and the action/message will not be sent.